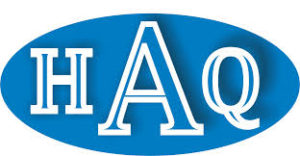 To explain the definition of BBW/SSBBW, it is suggested to keep in mind that it is a term in specific niche dating communities.

As mentioned above, BHM is the term used to call a man who is overweight, but definitely handsome. Handsomeness is in the eye of beholder. So this proverbs is not only appointed to women but also men. Literally, BHM is big handsome man in the eyes of their fans. Folks who have considered this term true consider that being fat or overweight does not mean to judge the handsomeness of a guy.  In many plus sized dating site, this word has been often used by girls who are looking for big fat handsome man. Now the different between BHM and SSBHM can be relative based on people’s assessment. Sometimes, over 250 pounds weighed guy is considered as SSBHM, but some still consider him as BHM.

While in plus size dating, both parties are overweight or obese. However, there is no hard or absolute rule as to where the moments of being a plus size dating begins. Many people overlook this term because they think it is not important to label a relationship with such status. However, this term is often used in online dating activities.

Rather than referring to the doers’ interests,  plus size dating refers to the activities involving 2 or more plus size people. The modern plus size dating involves big men and big women. Some of the most activities are also acceptable in public eye, considering that it is not a taboo thing anymore.

Women with curves are often considered amongst the most wanted by men. Meanwhile, women consider men with big belly or love handles are attractive. These are only few reasons why people are interested in plus size dating. All in all, plus size dating sites are the best place for them to meet, such a comfort zone.

Fat admirer can be described as a person who prefers overweight or obese partners. It is not limited to the sexual type as the doers. Whoever considers fat people or being fat as attractive, they are fat admirer.

Fat Admirer is also called as “FA”. But when folks talk about FA, that could also means Fat Activism or Fat Acceptance. Different people have different opinions on what exactly a Fat admirer. The definition that we offers above, is the closest that we could get.